The Traces Of Jewish Culture 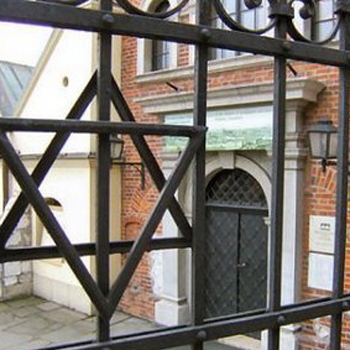 Learn about the rich culture and traditions of the Jewish Community, follow the path taken by Steven Spielberg and discover the “Schindler Factory” Museum.

For many centuries Jews played their part in creating the history and culture of the city of Kroke, as Cracow is known in Yiddish. Before World War II they made up as much as 25 % of the population. A tour around Kazimierz will provide you with an introduction to their world, with its vibrant culture, its customs and its history – a world that has been preserved in such excellent condition in the former Jewish district up to the present day. It was here that the renowned philosopher Mojżesz Isserles (Remuh) taught, where Helena Rubinstein was born and where Roman Polański spent his childhood. The old Jewish quarter was included on the UNESCO World Heritage List in 1978, and it became an even more recognisable landmark on the European following the release of the famous “Schindler's List”. You will learn about the story of the extermination of Krakow's Jews, which provided the backdrop for the events depicted in Spielberg's film, in the next part of our itinerary, when we make our way from Kazimierz to the site of the former ghetto. It was here that the Jews were confined during Second World War and from where they were eventually sent to the death camps. To gain further insight into the Nazi occupation of Krakow and the daily life of all its residents, you will visit to the newly opened “Schindler Factory” museum, which is one of the most modern in Poland. Here, various stories illustrating the fate of Cracovians who had to live, fight and die during the tragic years of 1939-45 are presented in a unique and fascinating way. The tour ends with a visit to the monument commemorating the victims of the former Nazi concentration camp in Plaszow.